For nearly 20 years, V & G Entertainment have been providing live musical entertainment for over a thousand weddings, corporate and special events. Our vast network of professional ensembles are located throughout most of British Columbia including the Greater Vancouver Area, Whistler, Pemberton, Squamish, Vancouver Island (Victoria, Nanaimo, Tofino) the Okanagan (Kelowna, Kamloops, Peachland, Penticton) as well as in parts of Washington, USA. (Bellingham, Blaine, Tacoma & Seattle)

While facilitating all facets of your entertainment needs, V & G aim to exceed expectations and only engage performers of the topmost caliber. Our musical acts are professional in every aspect; through their proficiency on their instrument; in their demeanor; their punctuality; and in their appearance and presentation. Our entertainers are always impeccably dressed, instrument cases and bags are always tucked out of sight; cables are neatly taped down and this attention to the tiniest of details shows.

Every client is unique, and every event is momentous. Recognizing this, we strive to work with you one-on-one to ensure the music for your occasion is a reflection of you and/or your company. 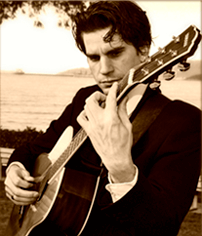 Stephen is very active in the arts community, having worked as a professional theatre designer, composer and musician for the past 25 years and has been nominated 4 times for a Jessie Richardson Award. His career highlights include musical directing Hedwig & The Angry Inch, The Rocky Horror Show and West Side Story as well as sound designing Angels In America – Part 1 & 2, ”Master Harold” …and the Boys, Agnes of God, Baskerville (Arts Club Theatre) and numerous productions for Vancouver’s Bard On The Beach. He has also worked as a technical director and lighting designer for several theatre companies including New York’s Off Broadway hit, Vitaly – An Evening of Wonders.

Stephen has also designed sound and composed music for numerous short films, feature films and documentaries including Barnone, Bunny Tales, 4 Dancers’ Dreams and original scores for the feature films Genesis Code and Shelf Life. Stephen is very involved in all the events that V & G book and has performed for more than a thousand weddings, corporate events, private functions and theatrical productions.